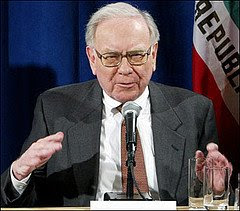 With an estimated fortune of $62 billion, Warren Buffett is the richest man in the entire world. In 1962, when he began buying stock in Berkshire Hathaway, a share cost $7.50. Today, Warren Buffett, 78, is Berkshire's chairman and CEO, and one share of the company's class A stock worth close to $119,000. He credits his astonishing success to several key strategies, which he has shared with writer Alice Schroeder. She spend hundreds of hours interviewing the Sage of Omaha for the new authorized biography The Snowball. Here are some of Warren Buffett's money-making secrets -- and how they could work for you.

1. Reinvest Your Profits: When you first make money, you may be tempted to spend it. Don't. Instead, reinvest the profits. Warren Buffett learned this early on. In high school, he and a pal bought a pinball machine to pun in a barbershop. With the money they earned, they bought more machines until they had eight in different shops. When the friends sold the venture, Warren Buffett used the proceeds to buy stocks and to start another small business. By age 26, he'd amassed $174,000 -- or $1.4 million in today's money. Even a small sum can turn into great wealth.

2. Be Willing To Be Different: Don't base your decisions upon what everyone is saying or doing. When Warren Buffett began managing money in 1956 with $100,000 cobbled together from a handful of investors, he was dubbed an oddball. He worked in Omaha, not Wall Street, and he refused to tell his parents where he was putting their money. People predicted that he'd fail, but when he closed his partnership 14 years later, it was worth more than $100 million. Instead of following the crowd, he looked for undervalued investments and ended up vastly beating the market average every single year. To Warren Buffett, the average is just that -- what everybody else is doing. to be above average, you need to measure yourself by what he calls the Inner Scorecard, judging yourself by your own standards and not the world's.

3. Never Suck Your Thumb: Gather in advance any information you need to make a decision, and ask a friend or relative to make sure that you stick to a deadline. Warren Buffett prides himself on swiftly making up his mind and acting on it. He calls any unnecessary sitting and thinking "thumb sucking." When people offer him a business or an investment, he says, "I won't talk unless they bring me a price." He gives them an answer on the spot.

4. Spell Out The Deal Before You Start: Your bargaining leverage is always greatest before you begin a job -- that's when you have something to offer that the other party wants. Warren Buffett learned this lesson the hard way as a kid, when his grandfather Ernest hired him and a friend to dig out the family grocery store after a blizzard. The boys spent five hours shoveling until they could barely straighten their frozen hands. Afterward, his grandfather gave the pair less than 90 cents to split. Warren Buffett was horrified that he performed such backbreaking work only to earn pennies an hour. Always nail down the specifics of a deal in advance -- even with your friends and relatives.

5. Watch Small Expenses: Warren Buffett invests in businesses run by managers who obsess over the tiniest costs. He one acquired a company whose owner counted the sheets in rolls of 500-sheet toilet paper to see if he was being cheated (he was). He also admired a friend who painted only on the side of his office building that faced the road. Exercising vigilance over every expense can make your profits -- and your paycheck -- go much further.

6. Limit What You Borrow: Living on credit cards and loans won't make you rich. Warren Buffett has never borrowed a significant amount -- not to invest, not for a mortgage. He has gotten many heart-rendering letters from people who thought their borrowing was manageable but became overwhelmed by debt. His advice: Negotiate with creditors to pay what you can. Then, when you're debt-free, work on saving some money that you can use to invest.

7. Be Persistent: With tenacity and ingenuity, you can win against a more established competitor. Warren Buffett acquired the Nebraska Furniture Mart in 1983 because he liked the way its founder, Rose Blumkin, did business. A Russian immigrant, she built the mart from a pawnshop into the largest furniture store in North America. Her strategy was to undersell the big shots, and she was a merciless negotiator. To Warren Buffett, Rose embodied the unwavering courage that makes a winner out of an underdog.

8. Know When To Quit: Once, when Warren Buffett was a teen, he went to the racetrack. He bet on a race and lost. To recoup his funds, he bet on another race. He lost again, leaving him with close to nothing. He felt sick -- he had squandered nearly a week's earnings. Warren Buffett never repeated that mistake. Know when to walk away from a loss, and don't let anxiety fool you into trying again.

9. Assess The Risk: In 1995, the employer of Warren Buffett's son, Howie, was accused by the FBI of price-fixing. Warren Buffett advised Howie to imagine the worst-and-bast-case scenarios if he stayed with the company. His son quickly realized that the risks of staying far outweighed any potential gains, and he quit the next day. Asking yourself "and then what?" can help you see all of the possible consequences when you're struggling to make a decision -- and can guide you to the smartest choice.

10. Know What Success Really Means: Despite his wealth, Warren Buffett does not measure success by dollars. In 2006, he pledged to give away almost his entire fortune to charities, primarily the Bill and Melinda Gates Foundation. He's adamant about not funding monuments to himself -- no Warren Buffett buildings or halls. "I know people who have a lot of money," he says, "and they get testimonial dinners and hospital wings named after them. But the truth is that nobody in the world loves them. When you get to my age, you'll measure your success in life by how many of the people you want to have love you actually do love you. That's the ultimate test of how you've lived your life." 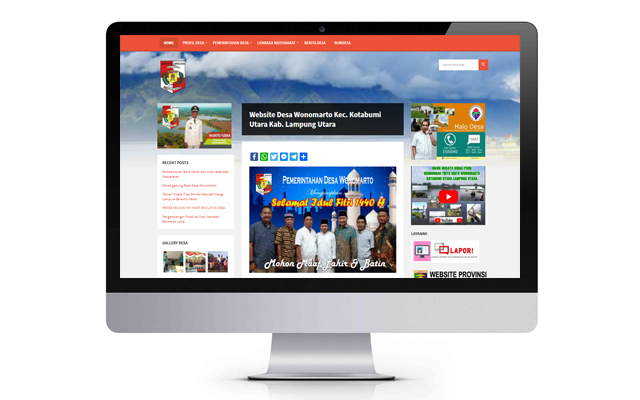